Pope Francis this morning received Cardinal Angelo Amato, Prefect of the Congregation for the Causes of Saints, where he approved the cause of several blesseds and venerables, most notably, Blessed John Paul II and Blessed John XXIII.

Regarding the significance of the approval of the miracle, Fr. Lombardi noted that “this means that we are going forward with the canonization in the next few months.” The director of the Holy See Press Office also called attention to the miracles attributed to Venerable Alvaro Portillo from Spain and Venerable Esperanza de Jesus, also from Spain. The martyrdom and heroic virtues of several venerables were approved as well today.

An interesting aspect of today’s briefing was the announcement of a special consistory where the Holy Father along with the Cardinals will decide on a date for the canonization of both Blessed John Paul II and Blessed John XXIII. Pope Francis approved the favorable votes made by the Ordinary Session of the Congregation of Cardinals and Bishops regarding the elevation of Blessed John XXIII to the “altars of sainthood.”

“This is very interesting, especially during the the 50th anniversary of the Second Vatican Council. This means that we are awaiting two canonizations of two popes in the coming months,” Fr. Lombardi explained to journalists after the briefing. “The Consistory will take place sometime in the Fall, possibly in September but we do not know the precise date.”

Fr. Lombardi did not rule out the possibility that there may be one canonization ceremony for both. 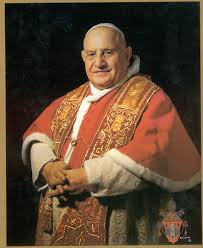 “A miracle, in the tradition of the Church, is the confirmation on God’s part on the sanctity of a person, but, it is not a dogma of faith that a miracle be required,” Fr. Lombardi explained.  Even martyrs are beatified without the requirement of a miracle, meaning that miracles, though important, are not an absolute necessity in the canonization of a person. The director of the Holy See Press Office stated that we could expect a canonization before the end of the year.